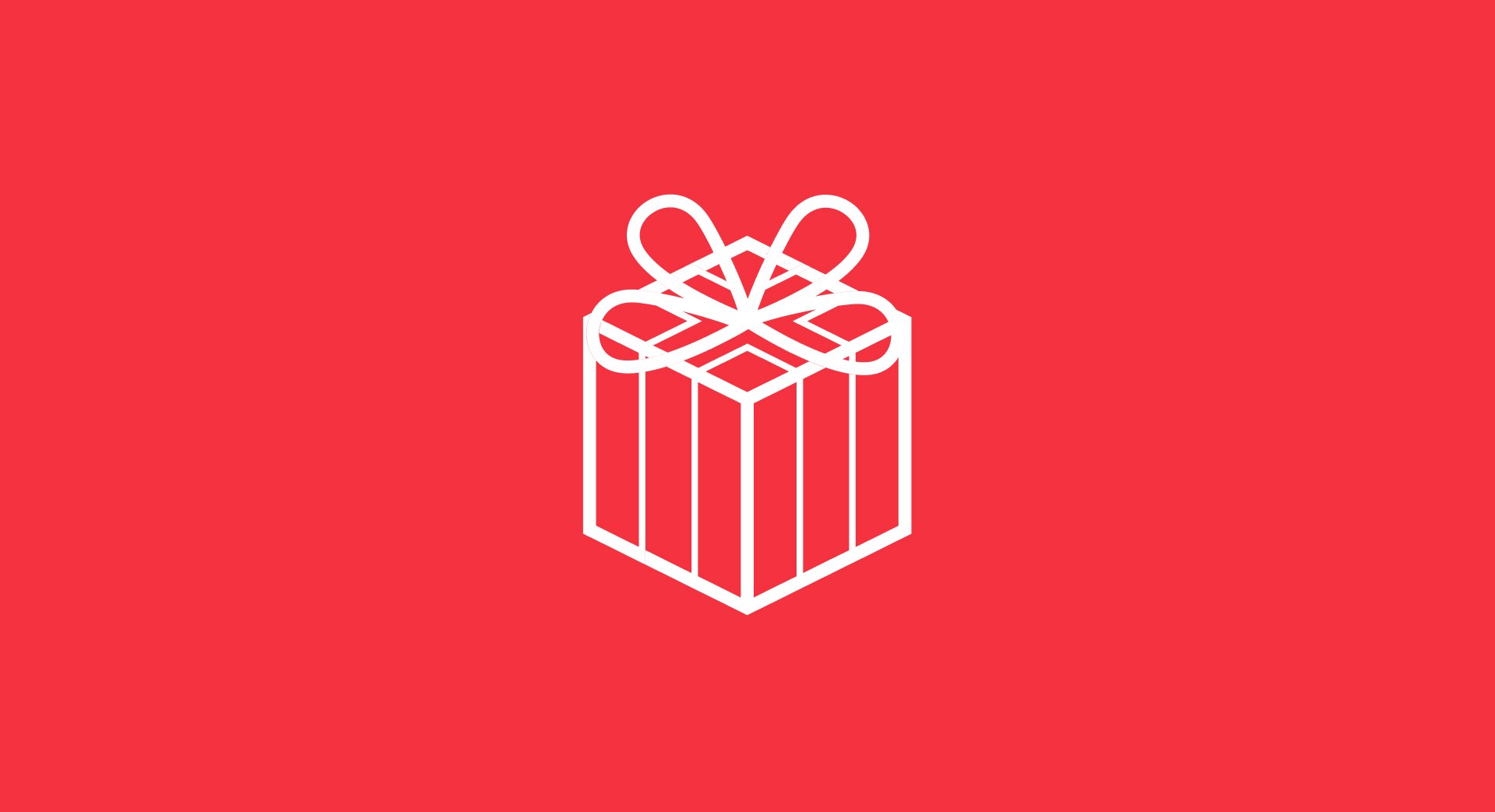 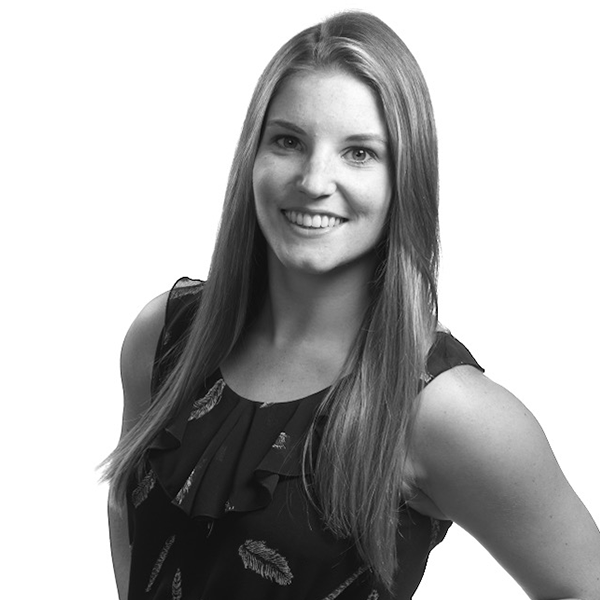 🎶 It's the most wonderful time of the year! 🎶

It’s holiday advert season! Being in the advertising industry, I’m a sucker for clever creative, especially when it is paired with the magic of the holiday season. I love everything about the holiday season. I’m one of those annoying ‘decorations-must-go-up-the-day-after-Remembrance-Day’ people.

For me, it’s the time of year where you can forget about the stresses of everyday life and just enjoy time spent with friends and family. The magic of the holiday season makes me feel like a kid again, and who doesn’t want an excuse to drink rum and eggnog in the middle of the afternoon? Ok, maybe I shouldn’t talk about feeling like a kid in the same sentence as drinking rum, but I’m from the east coast so blame that. And while I’d like to think my coworkers share the same sentiment that I do when it comes to the Christmas season… there was an office poll to set rules around the amount of Christmas music played in the office. In any case, it was only fitting that I tackle the task of highlighting some of the top holiday ads out in market this year. Regardless of your feelings on Christmas music, I think we can all agree that brands really bring out all the stops this time of year so without further ado, here are my top 5 holiday campaigns of 2019:

fruitcake for me (ha ha, see what I did there?). While the Christmas season is known for having a certain magic to it, it can also be one of the most stressful times of year. Apple captures the essence of it all – the good and the hectic – in this wonderfully relatable piece highlighting the iPad, which plays a fundamental part in each scene of the full 3-minute spot. It features a family who is visiting their grandfather, who recently has recently lost his wife, over the holidays. In a world where we’re constantly reminded how much we rely on our devices for convenient distraction, this ad highlights the joy, emotion and sense of togetherness one of Apple’s most popular products can bring a family. This spot is everything I love about advertising. It pulls at your heart strings when you see the power a product can have when in the hands of two little girls, who just want to put a smile on their woeful grandfather’s face. Seriously, I cried.

While a lot of holiday ads get attention for their star power, over-the-top production or ability to bring a tear to your eye (I’m looking at you, John Lewis),

I appreciate when you can still tell who the brand is and what the product is they’re promoting. That’s why I had to include this spot from Microsoft. It captures the magic of the holidays with a little humour, but you can still tell what the call to action is. This ad actually made me say out loud, “Wow, that is pretty cool!” when it was explained that the mom was utilizing her Microsoft Surface and Translator application to communicate during an international business call. It showcases the power of connection in a positive light, much like what we saw in Apple’s ad but in a more lighthearted way. Plus, it’s cute.

3. Argos: The Book of Dreams

YES 👏🏻 ARGOS 👏🏻 YES!  Now, I know what you’re thinking… “But, Ashley, I thought you just said that you don’t appreciate ads that rely on star power to get attention?” 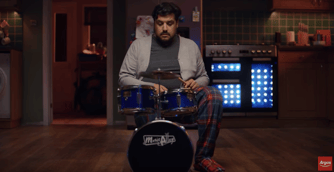 You’re right, but let’s be honest, is using the 80’s rock band, Simple Minds, really considered star power? All jokes aside, this is a case where big production and okay – star power – is done right. I think this ad comes in at a close second to Apple for me. It features a dad reliving a childhood dream when he spots a drum set his daughter has circled while perusing the Argos Book of Dreams. Although we don’t have the UK-based catalogue retailer here in Canada, it reminded me of my childhood when the Sears Wish Book would arrive. It’s a really fun and clever piece of advertising with a clear call to action: Argos’ Christmas Gift Guide is out now and ready for you to shop. If this spot doesn’t get you excited about holiday shopping, then maybe you do deserve a lump of coal in your stocking. And let’s not forget those killer drum solos, either.

4. Vodafone Ireland: The Joy of Connection

I think I’m starting to see a trend this year… connection. This is another one that made me a little emotional. Maybe it’s because it’s extremely relatable for those of us who can’t be with our loved ones during the holidays. 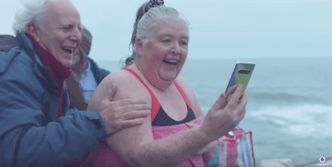 It’s hard being away from home this time of year, away from family, away from traditions. This spot features an older man, whom I would assume is a grandfather, that uses a video chat application and a strong wireless network, to stay connected to a loved one, his granddaughter, that is living in different part of the world. He uses his device to uphold a tradition they once shared together, to ensure nobody feels forgotten during the moments we remember most.  This spot relies on the power of connectivity, emotion and strong branding by Vodafone as a vessel for their holiday messaging.

I think it’s safe to say retailers have gotten the message. We’re in a new age where we’re done with letting the Christmas season become just a money-sucking commercialized holiday. 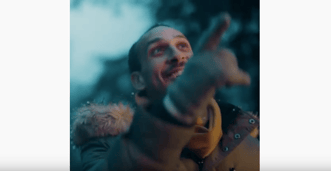 I think every ad in our Top 5 has had the same underlying message and this one from Interac is no different: it’s not about the stuff, it’s about being together with the ones we love. A great ad is all about subtlety and making you think differently. It’s not shoving a “buy our product or service!!!” message down your throat. As the ad suggests, the holiday season should be less about things and more about making memories. I don’t think it gets much more Christmas spirit than that. Not only do I think their simple-yet-effective concept is clever and well done, the voice actor they chose really pulled the whole thing together to make you feel all the feels.

I don’t think this is a particularly ingenious piece of creative, there isn’t really much of a story being presented here, other than a fancy Gatsby-style holiday party is taking place. I do have to give Smirnoff props for a couple of things, which is why I’m giving it my Honourable mention.

Overall, the ad is colourful, fun and certainly makes me wish my holiday parties were as fabulous as Laverne Cox’s, but a brand showing their audience that they’re inclusive and keeps up with the #trends? I see you, Smirnoff.

Have you seen any other ads you think should have been mentioned in my Top 5 list? Do you agree or disagree with any that I’ve chosen? Send me an email because let’s be honest, there’s no such thing as too much Christmas advertising in my life.

The journey, the destination, and getting there

Write accessibly, or don't write at all